A few things have happened this week which have inspired me to write this blog post. The first is that earlier this week I attended a BBC North Women in Technology event. The theme of this event was "Our Friends in the North" with a panel discussion about Manchester's place in technology world (an interesting discussion focussing on Manchester's heritage, including the birthplace of intercity rail travel, the industrial revolution, the post-war home of Alan Turing and the first stored-program computer, and the "Madchester" scene), including a lot of focus on why Manchester is currently punching below it's weight.

The other main interesting thing was attending a conference in New York (plus a couple of days added on as tourist time). Whilst there, I used Google Now extensively. Google Now is, I believe, the single most impressive innovation in recent years. For a long time, computers, and more recently, smartphones, have relied on the 'app' metaphor. That is, a lot of disjoint user experiences to solve individual tasks (or, more often than not, a muddle of tasks in one UX distinct from an overall UX). Google Now smashes that, and I think Google could take it a long way. Upon my return to Manchester, I discovered that Google had finally incorporated Manchester's public transport data into Google Maps/Google Now, making Google Now actually a usable experience in Manchester.

A lot of people who know me know I've been interested in public transport for a long time. This started when I worked for OUCS on Mobile Oxford, and is something I've played with on and off for the years since I left - taking a small part in the open rail data community and participating in betas with organisations like Traveline and TfGM. However, all the use cases I envisioned developing with my 'manchester.io' project are now satisfied with Google Now, and to a lesser extent, sites like RealTimeTrains and Open Train Times. There's little more I can add to that sphere now, I failed to deliver and lost any advantage I might have had. (The fact that all of these things are proprietary do worry me, however). The only interesting innovation remaining in this space is one of little interest to me, but frequently espoused by my friend Josh, and can be summarised as "Uber for buses" (i.e., there's been lots of innovation around the open data of public transport, but not of public transport itself - where are the startups aiming to disrupt First and Stagecoach?).

But there is an idea that's been burning in my head in recent months, although I've no idea what to do with it.

Television is changing. It's hard to even define what TV is any more. Freeview is, sure. But is iPlayer? Even with the VOD bits? Is YouTube? Is Usenet/the torrenting sites? In my head I see TV as relating to broadcast and simulcast, and things like iPlayer and YouTube as VOD - a distinct thing from TV. This distinction will become irrelevant in the future however - why should a user care about this? The interesting question is who's innovating here? In the UK, the big players seem to be putting their bets on IPTV, but with things otherwise continuing as they are. Which is boring. There's YouView, but I don't think it's anywhere near as ambitious enough. With the newer startups - Netflix/Lovefilm - they seem to be staying in the VOD world, although with content that would have previously been originally TV, rather than a proper merge. I don't believe replacing TV with VOD is the future - VOD loses some of the benefits of TV (TV as a medium is fantastic for content discovery in a way VOD isn't at, as well as for live events), and the BBC have set themselves an interesting challenge with moving BBC Three to be online only using iPlayer, but I remain far from convinced this is a challenge the BBC as an organisation can truly meet.

(At this point I should add a disclaimer that this blog post is a personal one only, and my views are definitely my own, and should not be considered representative of the BBC at all)

For the BBC to survive, iPlayer needs to die. Or at least, it needs to evolve into just the standard way people consume BBC content, with no differentiation between online and broadcast content - a seamless experience that's not limited to just one platform, it needs to play nicely with ITV, Sky, Channel 4, Netflix, YouTube... YouView is not this future. The barriers to entry are still too high, and it's still too tied to the traditional world. When I can get channels like Geek & Sundry on my set top box, with equivalent prominence to channels like Pick TV, etc, then we know we'll have made it. And I think that world will be amazing. (Just think, with this, and an object-based broadcasting world, how that 10 foot display becomes more than just a way to watch video - imagine the rich experiences that can be delivered...)

The closest so far I've seen to a genuine next generation TV device is the Chromecast. It's better than a typical set-top box in many, many ways, and I'm interested to see where Google go with it, but the prospect of a Google-owned future also scares me. We need competition in this world, and we also need open standards. Television as it is now succeeds because of open standards. Can you imagine needing separate devices to watch BBC and ITV? Microsoft are dominant in the business desktop space, Apple cross the boundary between consumer desktops and tablet/mobiles well (although I believe consumer desktops are due to die for all but the enthusiast - tablets satisfy the needs of most consumers), Google are currently the most interesting player in mobile because of Google Now and Android (sorry Apple, but a new look & feel for a phone doesn't excite me), but TV is wide open. Microsoft's play with the Xbox is very interesting, but it remains to be seen how they scale from providing home entertainment to gamers, to providing home entertainment for everyone else, but it seems that everyone else has just taken the app metaphor and applied it to television (look at the modern smart TV offering, as well as devices such as the Apple TV and Roku). Even the BBC's own play - Red Button (and the Connected variant, as well as various smart apps) are still this. I think a true convergence will feel more like Google Now, than the current approach.

This is actually an area I'm quite passionate about, and where I see a gap. I've no idea what the answers are, but I know what I'm asking now - what replaces the EPG? I'd love to work to discover the answer to this, but I can't do it by myself, I don't have the individual skills. I'd need a team (one where the team is greater than the sum of it's parts) to discover this. If I were to do a startup, it'd be to answer this question. Although I've got no idea who'd fund it - it's a risky strategy, but if we get the answer right, it could be extraordinary. Imagine what an Android-like ecosystem would look like for TVs - open platforms, high quality linking (actions, etc). I suspect the current organisational structure of the BBC doesn't give ideas like this much of a room (don't get me wrong! We get genuine space to innovate, but that space is within the confines of our current deliverables and vision, and R&D seem to be focused on longer term ideas), which is a shame.

If a startup were to happen, Manchester is the most natural place for it, though. The area has a strong heritage, and is very strong in user experience (although most of that is applied to e-commerce), and it's also the home for a large chunk of the BBC's technological staff (approximately 40% of Future Media staff, as well as the R&D North lab), and the BBC is an organisation with a reputation for developing large leaps in TV technology. Although in it's current politically neutered state (can't possibly do anything which might actually impact the markup disproportionately, due to the way we're funded!) I fear it won't be able to bring about that change in of itself - ask yourself, would the current BBC be allowed to deliver something like the Chromecast? However, this change does need to be delivered on open standards if it's ever going to become the new TV. People won't stand for having a Now TV box for some things, a YouView box for others, a Chromecast for Netflix... Everything needs to interoperate (and the easiest way to do this is for DRM to die, rather than exist and continue to make it difficult to enter this field and cripple innovation, restricting it to the big player).

Now who's with me? And does anyone know how I can go about achieving this? 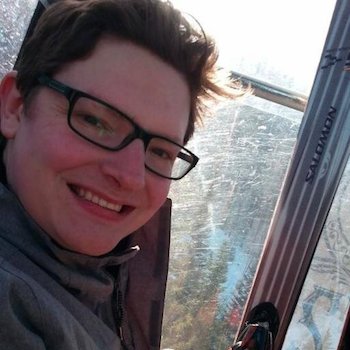 I'm Chris Northwood, a professional software engineer. This is my old blog, but I've kept them here for posterity. You should visit the root of this site to find out more about me, but if you enjoyed this, you should definitely follow me on Twitter.